Mr. Hillman is the principal for Nampa Online Virtual Academy. During his 20+ years with the District, he has served in a variety of roles: high school social studies teacher, coach, high school and middle school vice principal, elementary school principal, developmental preschool principal, and director of special education. He also served as a board member for the Idaho Educational Services for the Deaf and Blind Board of Directors.

Some fun facts about Mr. Hillman: 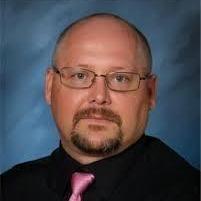