Georgia was born in Boise and grew up in the Wood River Valley. She moved back to Boise after high school to attend Boise State University, where she majored in the history of art and visual culture with a minor in visual arts. She then spent a year realizing there wasn’t really anything to do with that degree, so she returned to BSU to complete a graduate certificate in secondary education, where she was certified to teach secondary English and K-12 Art.

After teaching 9th, 10th, and 11th grade English at Payette High School for two years, she got sick of people asking why she was teaching English when she didn’t have a degree in English or education, so she returned to BSU a third time to get her master’s degree in teaching English language arts. At the same time, she accepted a position at Nampa High School, where she taught 9th and 10th grade English for five years. During this time, she also developed an interest in educational technology, completing NNU’s HACK program and earning a graduate certificate in technology integration from BSU.

Ms. Thies teaches 6th, 8th, 9th, and 12th grade English.
For all classes, all activities will start and end in Otus.
All of our meetings and day-to-day communication will happen in Teams. 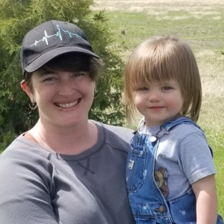